Welcome the Newest Addition to Our Family

We are proud and honored to welcome Melissa Stockwell to Our Family!

As a decorated veteran, medal-winning three-time Paralympian, motivational speaker, and author, Melissa has inspired millions with her courageous story and her message of positivity, resilience, and fierce determination.

The Michigan native is also a loving wife and mother of two who puts her family first in everything she does because she knows firsthand that there’s power in family.

In 2004, while serving our country in Iraq, Melissa became the first female American soldier to lose a limb in active combat. Aided by the unwavering love and support of her family and friends, she found the strength to both survive and thrive, discovering a new path and a new purpose for her life.

Just four years later, Melissa was proudly representing the United States once again as the first Iraq War veteran to compete in the Paralympic Games.

Melissa’s resilient, can-do spirit and love of family fit perfectly with our brand’s determined commitment to quality, connection, and community. We believe that food and family are the ingredients for a better life, and like Melissa, we believe in never giving up and in being there for each other each and every day, no matter what.

Through the Our Family Cares program, we partner with local organizations on a grassroots level to help make our communities better places to live, play, and grow. That effort aligns with Melissa’s own non-profit, Dare2tri, which focuses on removing barriers in sports and creating a community for all athletes, regardless of their physical challenges.

In Melissa, we have found someone who truly shares our love of family, community, and country, and we are excited to take this journey with her.

Welcome to Our Family, Melissa! 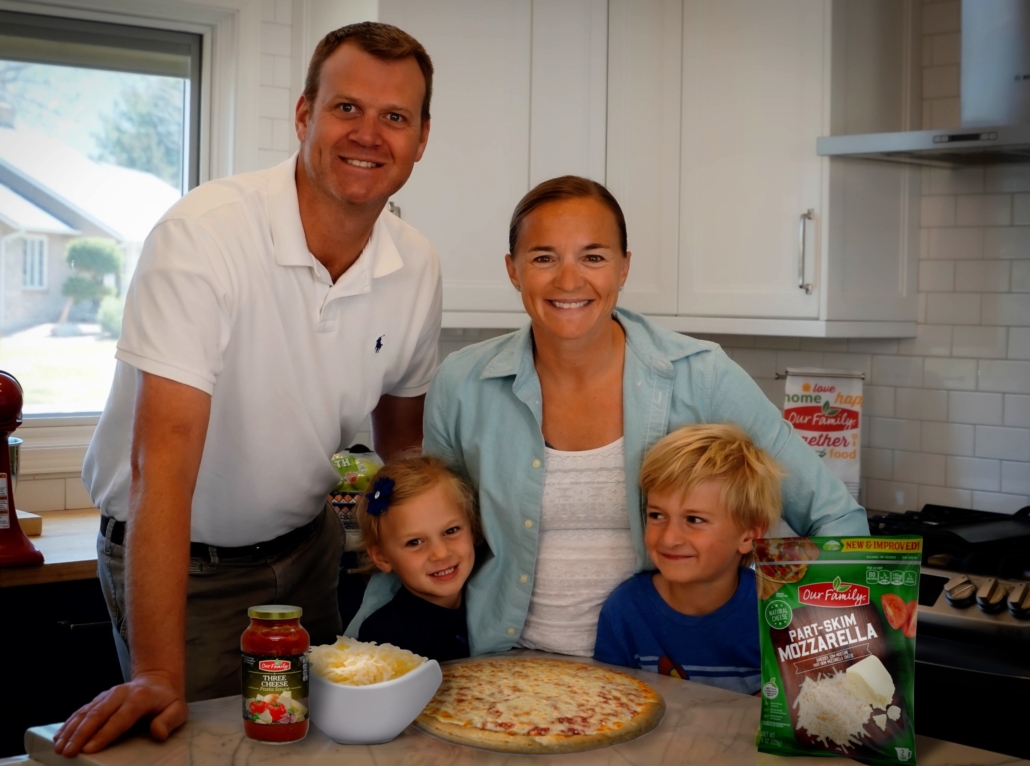 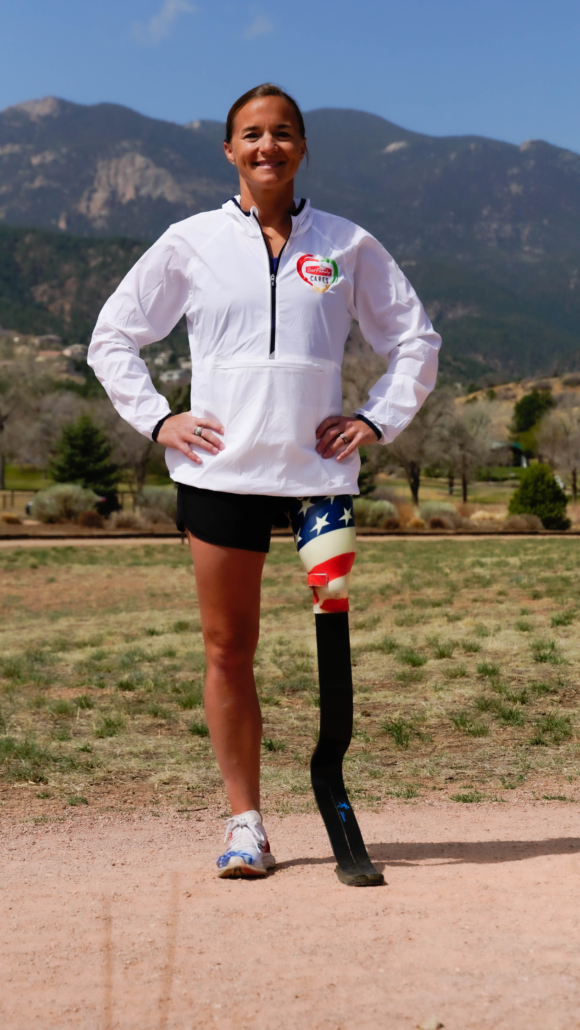 “Anyone who knows me, knows ‘Family Comes First.’ So, to partner with a brand like Our Family, who shares that same commitment to family, is the perfect match for me.  I’m excited to represent a brand focused on delivering better ingredients for life and for my family’s table!” 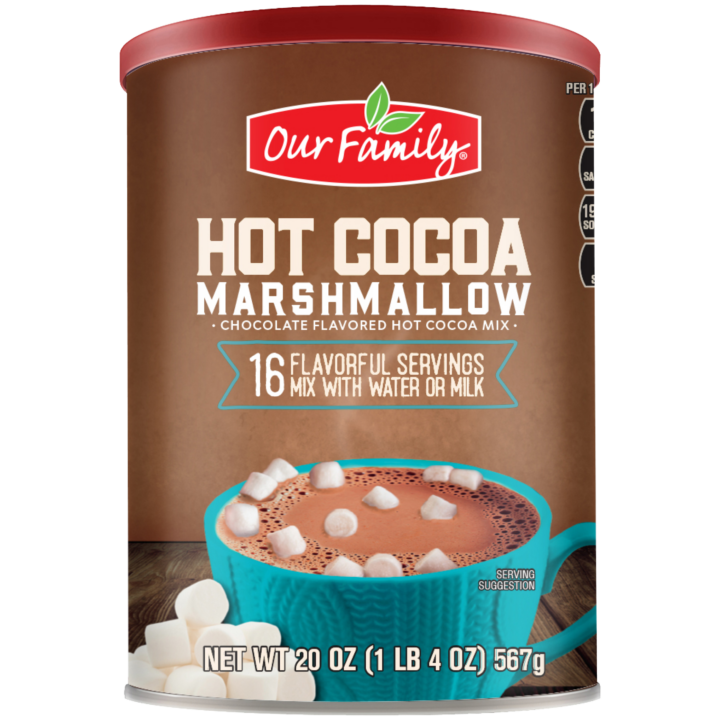 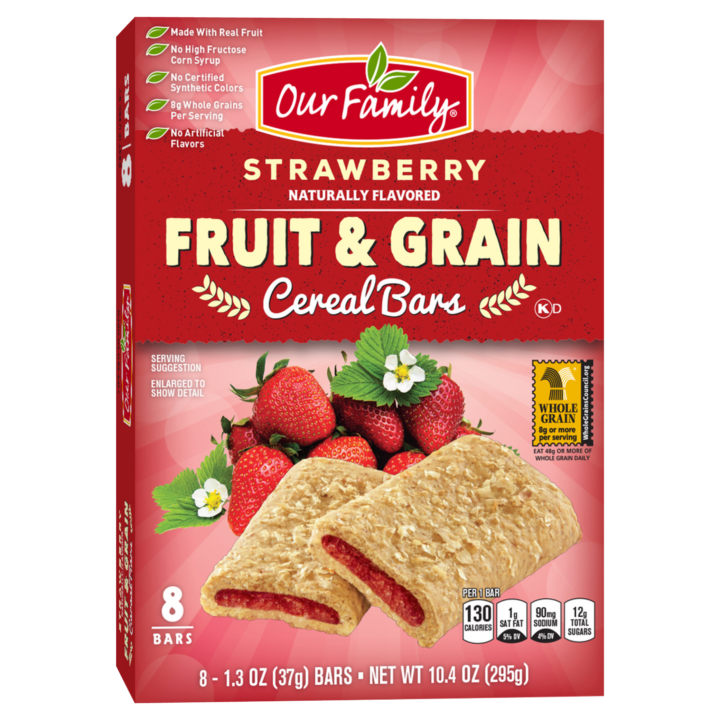 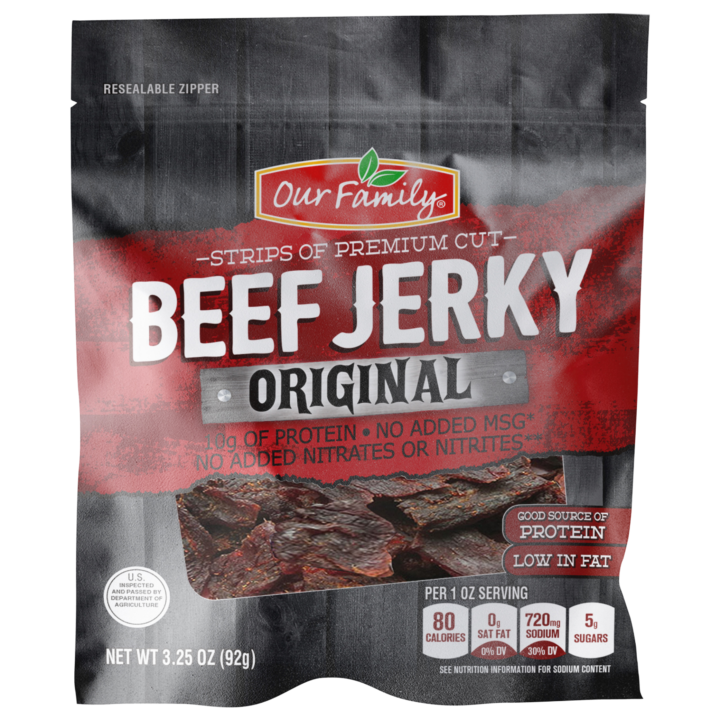 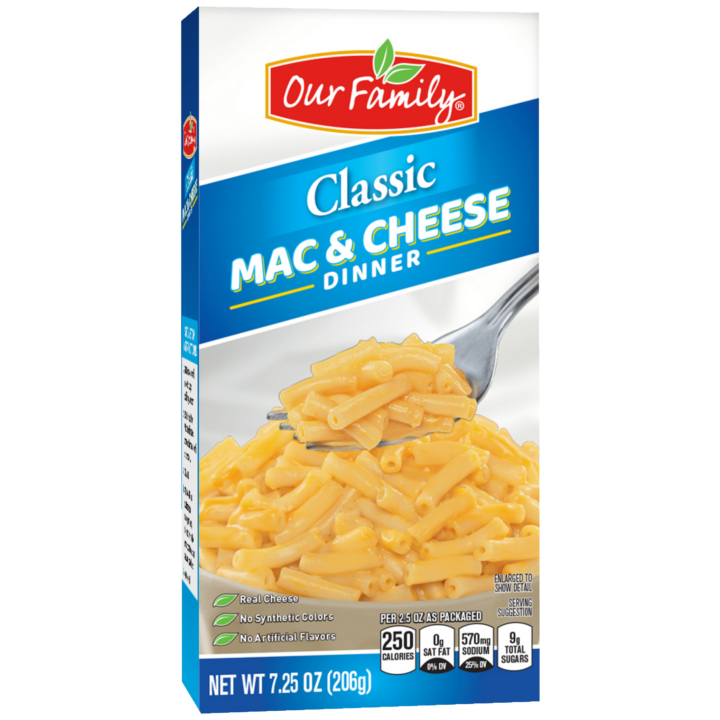 When I woke up in the Baghdad ER on April 13, 2004, the furthest thing from my mind was being a Paralympian. At the time, I didn’t even know what that word meant. After 24 years of having both my legs, I was suddenly missing one, taken from me by a roadside bomb on the streets of Iraq.

My initial thoughts were being thankful to have my life and then the endless questions on what my life would be like moving forward.

I got to Walter Reed Army Medical Center to start that process of moving forward. I saw immediately that I was one of the lucky ones. I had three good limbs, my mind, my eyesight and I was alive. It was then I made a promise to live my life for those that didn’t make it back and who gave the ultimate sacrifice. I was a lucky girl. And a proud American.

The days turned into weeks and those into months. Too many surgeries, too many infections, but the constant knowledge and reassurance that things would be OK. I took my first steps on my prosthetic leg 52 days after I lost my real one. A day that reassured me that I would walk again and the assurance that I would once again be independent. But as a lifelong athlete, I wanted more. An aspiring young gymnast who dreamt of the Olympics, I was looking for something bigger. Once an athlete, always an athlete.

Lucky for me, multiple organizations helped me realize that not only could I still be athletic, but I could do things I never imagined doing with both my legs. Thanks to the Wounded Warrior Project I skied down the ski slopes of Breckenridge, Colo., on one leg proving to myself that there were no limits. Achilles’ Freedom team gave me the chance to handcycle the NYC marathon on 2005, one that I would go back and run years later. The Challenged Athletes Foundation invited me to do a triathlon with Operation Rebound, and as I crossed that finish line I felt invincible, like I could do anything. It was a life changing couple of months and the start of a life lived through sports.

In early 2005, a man named John Register from the United States Olympic Committee’s Paralympic Military and Veteran Program came to Walter Reed to present on the Paralympic Games. An event that as an athlete with a disability, with some hard work, could bring you to the worlds biggest athletic stage, representing your country and showing the world what you were capable of. In 2005, I knew that in 2008 there would be a Paralympic Games in Beijing, China, held just weeks after the Olympic Games in the same venues. And a dream was born.

After being medically retired from the Army in April 2005 with a Purple Heart and bronze star, the hard work began. Swimming was an obvious choice as I swam at Walter Reed for rehab. I loved the water and had lots of room for improvement. I joined my first competitive swim team, learned to love the smell of chlorine and slowly improved my times.

At the end of 2007, I moved out to the U.S. Olympic Training Center in Colorado Springs, Colo., and was fortunate enough to be coached by the late Jimi Flowers. He taught me to always work hard and believe in myself. When U.S. Paralympic Trials came around in April 2008, I was a long shot to make the team, minutes from where I needed to be. Realizing that hard work pays off, and that dreams really can come true I had the meet of my life and was named to the 2008 U.S. Paralympic Swim team. I was going to be a Paralympian.

The 2008 Beijing Paralympic Games came and went. Although there were no medals won, I learned that in life, sometimes the journey is more important than the destination. And as I carried that American flag into that sold out Bird’s Nest Stadium at the Closing Ceremony, I had never been so proud. A proud American. And a proud Paralympian.

Since 2008, my life made a turn into the sport of Paratriathlon. I’ve been lucky to compete around the nation and around the world and stand on top of podiums becoming a 3x World Champion. On Sep 11th of 2016, Paratriathlon made the debut at the Paralympic Games and I raced my way to bronze as part of a USA sweep. It felt like a personal gold and standing on that podium with 2 of my Team USA teammates was one of the best days of my life. Getting back to Chicago and putting my medal around my son’s neck is a moment I will never forget.

One of my proudest professional accomplishments is giving back to a community that I am so fortunate to be a part of. Through co-founding Dare2Tri paratriathlon club, I am giving other athletes with disabilities the chance to experience the thrill of a triathlon and realize what they are capable of. We serve youth, adults and injured service members and inspire many! I am forever grateful to the organizations that helped me on my way.

And on the personal side, my husband and my 2 children, Dallas Patrick born in Nov 2014 and sweet Millie Lynn, born Aug 2017. My kids give me an even greater motivation to dream big in hopes they will have big dreams of their own someday. And an extra push for my next big dream of trying to make it to Tokyo in 2020.

I am thankful daily for those that have helped me live a life of sport. It builds confidence, it changes lives and as I compete and stand on podiums around the world I realize that I wouldn’t have it any other way. Life is so good.